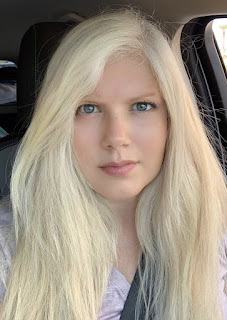 I am an Aquarius Sun, Aquarius Ascendant, Scorpio Moon, and Sagittarius Midheaven. . . . 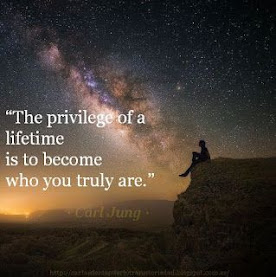 While your Natal Chart always reigns supreme, your Secondary Progressions are an extension of your Natal Chart.  For instance, my Natal Sun, and Ascendant, is Aquarius.  Hence, I possess typical Aquarian traits i.e., progressive, independent....  For the past 30 years, however, my Progressed Sun transited Pisces. The Sun rules our ego. As our Sun progresses, our ego evolves. My Sun's journey through Pisces was an ego-quieting, highly enlightening, awe-inspiring gift that brought forth heightened senses, and empathy, and mind-blowing intuition.  Though several other energies were at play simultaneously as such events are not manifested by a single transit or alignment.
While our Sun rules our ego, our Moon rules our emotions.  The degree of your Natal Moon is your most emotionally vulnerable point in your chart.  My H8 Scorpio Moon drives me to dig deep to find the meaning, the purpose, the answer.  Our Moon progresses approximately 13 degrees per year spending roughly 2.5 years in each sign.  My progressed Moon is currently transiting my Sun sign, Aquarius.  Since it's recent arrival, I've experienced increased freedom; I'm involved with a new, different social circle; I'm much more involved high-tech programs, equipment,.... All Aquarius characteristics.  Though this Aquarian is technically challenged.
My Natal Venus-Jupiter conjunction and Midheaven in Sagittarius manifests an adventurous energy that doesn’t allow me to nest in one place for long.
My interest in astrology greatly increased from 1998.  I was fiercely pursuing my passion when a higher awareness swept over me.  I could feel the "thinning of the veil."  This awareness was sometimes akin to peeking through a keyhole into another dimension.. I believed my awakening was enhanced as a result abandoning my pretentious lifestyle and communing in nature. After returning to civilization, so to speak, I embarked on a quest to discover how the universe works.  This website used to contain a long list of resources.  Including the works of Carl Jung which led me to realize the astrological connection.  My obsession with astrology has been one of the few constants in my life since.
In 2005 I studied Natal Chart Interpretation through the Oregon Astrological Association; In 2010 I obtained a bachelor’s of Metaphysical Philosophy from the University of Metaphysics in Sedona AZ.  The founder, Dr. Masters, incorporated astrology into his teachings.  In 2010, I attended astrology classes led by Rio Olesky in Santa Rosa, CA.  I’ve also learned a great deal through my seasoned fellow astrologers.  But I’ve learned the most from my own observations.
I began posting monthly forecasts on YouTube in 2011.  Since then, I have performed thousands of Readings to an international clientele.
Thank you for visiting my site.  I look forward to hearing from you.
Home
Subscribe to: Posts (Atom)